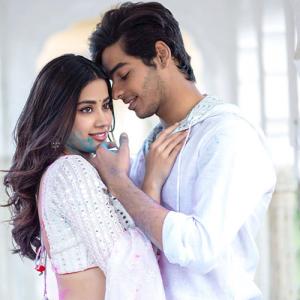 Janhvi Kapoor and Ishaan Khatter, who were paired opposite each other in Karan Johar produced 'Dhadak', continued with their romance off screen. However, according to a report, the couple has called it quits and the reason being purely professional that they have to focus on their careers rather than on love. The report further stated that Ishaan arriving at the venue where Janhvi was promoting one of her ventures made her uncomfortable and it was Janhvi who ended the relationship.

Janhvi and Ishaan had never really acknowledged their relationship, but dating rumours have always thronged the couple. When Janhvi was quizzed about her dating Ishaan on a chat show the actress had refuted the rumours but her brother Arjun had stated that Ishaan is always around Janhvi. From their frequent outings to adorable off screen camaraderie - fans loved Janhvi and Ishaan's chemistry. Boney Kapoor had also stated that he respects his daughter's friendship with Ishaan.