It Is Embarrassing To Ask For Donations - Says Amitabh Bachchan 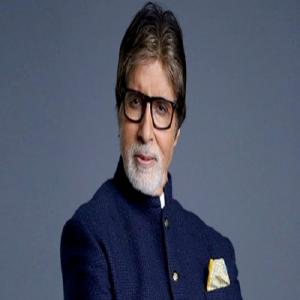 Megastar Amitabh Bachchan on Sunday opened about why he didn't choose a fundraiser way to raise COVID-19 relief funds for India saying that 'it makes him feel embarrassed'. As the nation continues to fight COVID-19, several celebrities came together to raise funds for India to help tackle the crisis. However, few big names from the industry are being targeted by the social media users, alleging them for not contributing towards the COVID-19 relief funds in India.

Veteran star Amitabh Bachchan is one of such big names from the Bollywood industry who was targeted by some of the social media users regarding the same. The senior Bachchan had already addressed the reasons for not speaking about the charity on his blog saying that he 'believes in doing charity rather than speaking about it.

In the blog, for the first time, the megastar listed out all the charities he had done to date while keeping the amount under wraps. In his recent blog post, the 'KBC' host shared a series of pictures featuring his recent donations - including ventilators, oxygen concentrators, beds, and more for the COVID-19 relief in India. He also shared the updates of his latest donations at Shri Bangla Sahib Gurudwara, Delhi in his blog post.

While concluding the post, Amitabh wrote, "This has probably been a most unendearing post for the Blog .. and I do apologize for that .. for one that has ever promulgated a desire to be silent and do my work, I have crossed my LOC - the Line of Control. " "It has come about through incessant cries from many to SPEAK .. but speak is not the desired element according to me in these times .. and the less said on this the better .. Ek chup sau khush"

The 78-year-old actor also revealed why he has not made any effort to collect the funds through campaigns or donations to a cause that he may have instituted saying that, "I just feel asking someone for funds is embarrassing for me .. yes there have been events in the past where the voice is for contributing, but I feel uncomfortable to ask, to contribute... I may have partaken in the event as a voice-over, but never directly asked to give or contribute .. and if there have been such unseen or unknown incidents then I seek forgiveness .."

Explaining that he has not posted about his recent donations to seek praise, but just to assure all of the delivery and the visuals of where the funds "have been used and to what avail .. that they are not just blank promises .."

Earlier, in the day, Big B also informed his fans that he had took the second dose of the COVID-19 vaccine, after having received the first jab last month.

Separately, on the work front, Amitabh Bachchan was recently cast for the Indian adaptation of 'The Intern' opposite Deepika Padukone. Apart from that, he has films like 'Jhund', 'Brahmastra', 'Goodbye', 'May Day' and several others in the pipeline.