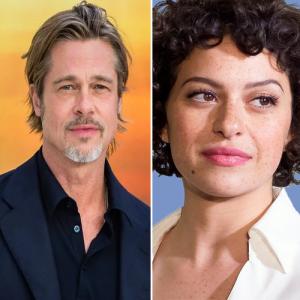 Hollywood star Brad Pitt has been linked with multiple women. And the latest to join the list is actor and painter Alia Shawkat, who is primarily known for having starred in the hit American show Arrested Development. The rumours of the couple dating started doing the rounds after the actors were spotted together on multiple occasions. However, a source told that the two are "absolutely just friends" and nothing more.

Brad Pitt was previously married to Friends star Jennifer Aniston. They called it quits in 2005. Post the separation, Pitt began a relationship with his Mr and Mrs Smith co-star Angelina Jolie. After being together for several years, the couple tied the knot in 2014 in a private ceremony. However, things didn't quite pan out between the two megastars, and they filed for divorce in 2016. On the work front, Brad Pitt was last seen in Quentin Tarantino's blockbuster Once Upon a Time in Hollywood.