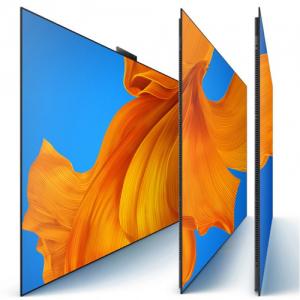 Huawei has finally launched its first OLED TV, the Huawei Vision Smart TV X65. The television which comes with a 65-inch OLED panel and 120Hz refresh rate has been teased by the company for a few weeks now. The Huawei X65 comes with an ultra-thin body that's just 24.9mm thick. The smart TV also boasts of a high screen to body ratio and as such has very minimal surrounding the panel. For now, the television has been launched in China, with no information on when it will make way to Indian shores.

Packed with premium features, the Huawei Vision X65 has been launched at CNY 24,999 (approx Rs 2,70,000). For the price, the TV offers not just a big OLED display, but also support for the HDR10 format. It also offers a peak brightness of 1,000 nits and the company claims that the display is also certified by TUV Rheinland. The TV has also been equipped with a total of 14-speakers, all of which are placed under the display. The system consists of six full-range drivers and also has six tweeters and two woofers.