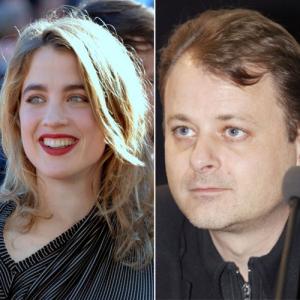 Adele Haenel, the star of Cannes prize-winning film "Portrait of a Lady on Fire" and French Oscar submission "BPM," has accused director Christophe Ruggia of sexually harassing her for years, starting when she was just 12-years-old. Haenel told French investigative website Mediapart that Ruggia, who directed her in the 2002 drama "The Devils" ("Les diables"), repeatedly made advances toward her, including unwanted touching and kisses, until she was 15, reports variety.com.

Haenel said she told people several years ago about the incidents, well before the rise of the #MeToo movement, but felt moved to speak out publicly now because of the documentary on Michael Jackson, "Leaving Neverland", and news that Ruggia was prepping a new film with two protagonists with the same names as her and her co-star's characters in "The Devils".

Ruggia has denied the allegations, calling them defamatory. In a statement to the French website, he said that he and Haenel had enjoyed a "professional and affectionate" relationship that was in no way untoward. The French website previously published a lengthy investigation into multiple allegations of sexual harassment and misconduct by EuropaCorp founder Luc Besson.

In its report on Haenel and Ruggia, the website said it had spoken to numerous colleagues and friends of Haenel and had access to documents that backed up her account. Haenel, 30, has won two Cesar awards, France's equivalent of the Oscars.