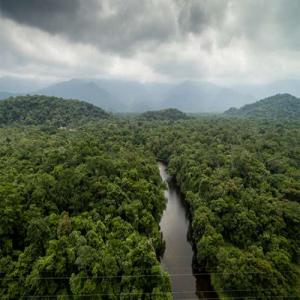 The researchers found great diversity of a type of primitive salt-loving microorganisms in the desert, and the saline canyons around the hydrothermal site but not in the hyperacid and hypersaline pools, nor in the Black and Yellow lakes of Dallol which are rich in magnesium. "And all this despite the fact that microbial dispersion in this area, due to the wind and to human visitors, is intense," Lopez Garcia said.

The researchers confirmed the findings with several other methods including a large scale sequencing of genetic markers to detect and classify microorganisms, microbial culture attempts, using fluorescent probes to identify individual cells, chemical analysis of the hypersaline waters. They also used scanning electron microscopy and X-ray spectroscopy to probe into the water samples looking for signs of life.