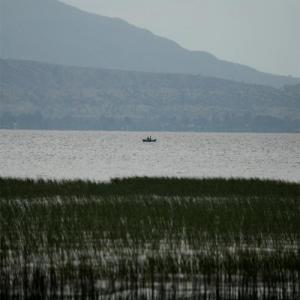 Researchers have found an aquatic environment on the Earth with complete absence of any forms of life, an advance that may lead to an improved understanding of the limits of habitability. The study, published in the journal Nature Ecology and Evolution, revealed that any form of microbial life was absent in the hot, saline, hyperacid ponds of the Dallol geothermal field in Ethiopia.

The researchers, including those from the Spanish Foundation for Science and Technology (FECYT), said Dallol's landscape extends over a volcanic crater full of salt, constantly releasing toxic gases with water boiling in the midst of the intense hydrothermal activity. They said it is one of the most torrid environments on the planet with daily temperatures in winter exceeding 45 degrees Celsius.

The landscape, the researchers said, had abundant hypersaline and hyperacid pools, with pH - which is measured on a scale from 0 (very acidic) to 14 (very alkaline) - even hitting the negative mark. Earlier studies had pointed that certain microorganisms can develop in this multi-extreme environment and researchers presented the place as an example of the limits of conditions that can support life.

The researchers said the place was even proposed as a terrestrial analogue of early Mars. "After analysing many more samples than in previous works, with adequate controls so as not to contaminate them and a well-calibrated methodology, we have verified that there's no microbial life in these salty, hot and hyperacid pools or in the adjacent magnesium-rich brine lakes," said study co-author Purificacion Lopez Garcia from FECYT.