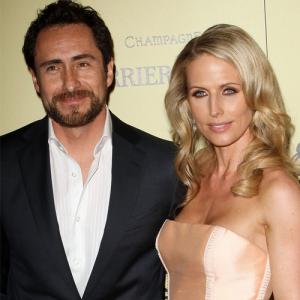 Demian Bichir announced the death of his wife, Canadian actress and model Stefanie Sherk, in a heartfelt message on Instagram. The Mexican actor wrote early on Wednesday that Sherk died "peacefully" on April 20. She was 37."It has been the saddest and toughest time of our lives and we don't know how much time it will take for us to overcome this pain," he said in his post with a picture of Sherk. "It is our sincerest hope that our beautiful Stefanie, my angel and love of my life, will rest in eternal peace," he added. Bichir did not specify the cause of death. He asked for respect during his time of mourning.

The couple started their relationship in 2010 and did not have children together. Bichir has a daughter, Gala, born in 2011. Sherk was born in Niagara-On-The-Lake, Canada. She appeared in Bichir's directorial debut Un Cuento de Circo & A Love Song, as well as the films Star Power, Valentine's Day and Loco Love. She also starred in #Hashtag: The Series.