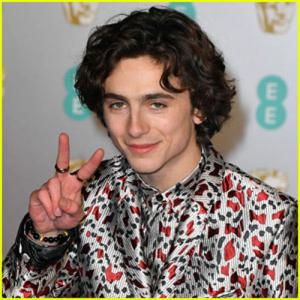 Oscar-nominated actor Timothee Chalamet and multiple Grammy-winning musician Billie Eilish will be a part of this year's Met Gala Host Committee along with tennis champion Naomi Osaka and poet Amanda Gorman. New York's star-studded Met Gala will focus on youth and diversity this year, with four co-chairs under the age of 30. Organized by the Metropolitan Museum of Art, the fundraising gala is scheduled to be held here on September 13, pending government COVID-19 guidelines. The 2020 edition was canceled due to the pandemic. The honorary co-chairs will be Anna Wintour, the editor-in-chief of Vogue who has turned the gala into a global event, designer Tom Ford and Adam Mosseri, director of Instagram, sponsor of the event. The event marks the opening of the Costume Institute's annual fashion exhibit.

On its official Twitter page, the Met said the Costume Institute's primary source of annual funding -- "will celebrate the upcoming two-part exhibition 'In America' focusing on the history of American fashion and honoring the 75th anniversary of The Costume Institute".

The gala will return live and in-person this year to launch a two-part exhibition on American fashion, one of which will include the involvement of various film directors in the staging of the exhibit at the Metropolitan Museum of Art.
A regular on red carpets, Franco-American Timothee Chalamet, 25, has a reputation for fashionable outfits, wearing Alexander McQueen flower-printed suits, and - at the 2019 Golden Globes - a glittering Louis Vuitton harness.

Amanda Gorman, 23, became an international sensation after reciting her poem "The Hill We Climb," inspired by the January 6 attack on the US Capitol, at President Joe Biden's inauguration. Gorman, who is African-American, then became the first-ever poet to perform at the Super Bowl, America's most-watched broadcast of the year.
Better known for her casual style, including large T-shirts, singer Billie Eilish, 19, recently appeared in British Vogue in tight-fitting lingerie.
"Showing your body and showing your skin - or not - should not take any respect away from you," she told the magazine.

Naomi Osaka, 23, the world number two tennis player, has also made waves in the fashion world, becoming a Louis Vuitton ambassador.
Osaka, who has a Japanese mother and Haitian father, has also collaborated on designs for bags and swimsuits.
Each part of the exhibition -- one opening later this year, the other next spring -- will get its gala: The September 13 gala will be a smaller-scale event with COVID-19 protocols and will launch "In America: A Lexicon of Fashion", opening on September 18, reported Deadline.Next spring's gala is set for May 2, 2022, launching the second part of the exhibition titled "In America: An Anthology of Fashion", opening May 5. Both parts of the exhibition will close on September 5, 2022.