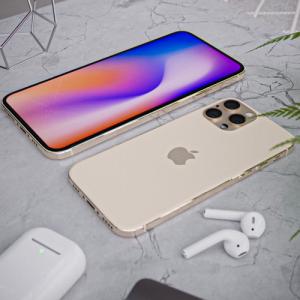 The iPhone 12 Pro Max could launch with the biggest screen size. The existing iPhone 11 Pro Max already features a massive 6.5-inch OLED screen size that looks sharp, but it appears that Apple is aiming for an even bigger screen size on the next flagship iPhone. If the report turns out to be true, then the iPhone 12 Pro Max would be comparable to the size of the Samsung Galaxy Note 10+, which has a 6.8-inch screen.

New display technology
The report also suggests Apple will use all OLED panels on all of its upcoming iPhones, which is a departure from its previous strategy where it had launched the entry-level models with LCD screens. ET News says Samsung will manufacture OLED panels for both smartphones, but this time around it will supply on-cell touch flexible OLED panels. This simply means that the display will have the touch function right built into it. Traditionally, the touch function usually requires an additional layer of film. As per the report, Samsung's display technology integrates the touch function into a single panel without the extra film, making the display thinner. This process also costs less to make the display, which is why Apple has given a go-ahead to the on-cell touch flexible OLED panels.