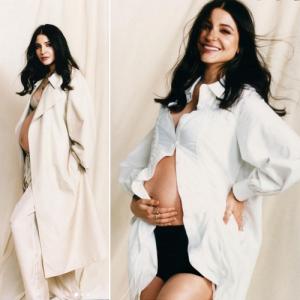 Anushka Sharma is expecting her first child with cricketer Virat Kohli recently took to Instagram to share glimpses from the photoshoot. he couple had announced her pregnancy in August 2020. Anushka is expected to deliver her child in January. Actress Anushka Sharma, who graced the cover page of Vogue's January 2021 edition, got trolled mercilessly on social media by netizens for flaunting her bare baby bump for a magazine photoshoot.