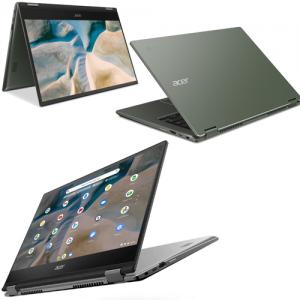 The newly launched Acer Chromebook Spin 514 features metal build and a 14-inch full HD IPS display with 6.1mm side bezels and a 78 percent screen-to-body ratio. The panel has Corning Gorilla Glass protection. The laptop ships with a convertible design that can be opened at 360-degrees. It will be made available with AMD Ryzen 7 3700C or Ryzen 5 3500C quad-core processors, which are backed by Vega Mobile Graphics. The device comes with up to 16 GB DDR4 DRAM and up to 256GB storage.