9 Most spectacular hot tubs around the world with breathtaking views 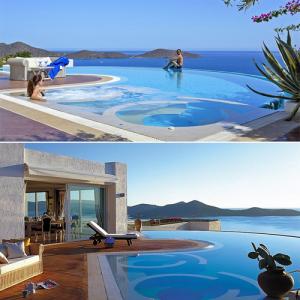 Hot tubs have been known to be one of the oldest and basic ways to relax and relieve aches and muscle pain. Today, it is also one of the most sought-after indulgence. Called 'caldarium' in the ancient times by the Romans, hot tubs today have become a must-have feature of every luxury hotel around the world.

Hotels are often praised for their outstanding accommodations and incredible dining, but what about the extra amenities that can make your vacation go from good to outstanding. Hotel hot tubs can play an important role in making your experience unforgettable. Forget the dingy hot tubs located beside the hotel pool and get ready to experience some of the best tubs in the world. From outdoor hot tubs that give views of mountains, valleys and wildlife to hot tubs that are built right into your room.

Nothing beats staying somewhere luxurious and chilling out in your own private hot tub. Nothing, that is, except chilling out in a private hot tub that has jaw-dropping views. To prove the point, holiday rentals firm CV Villas has compiled a list of the outdoor tubs that have the most impressive vistas - and we've found a couple of corkers ourselves.