9 Most iconic climbing destinations, you have never seen before 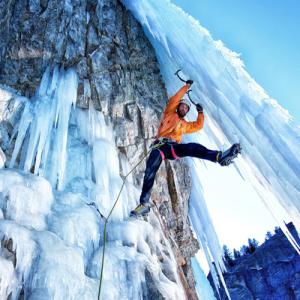 If you have got a fear of heights, then look away now. Two daredevil climbers have revealed some of the world's most extreme climbing spots, from craggy coastlines in France to daunting 3,211 foot-high waterfalls in Venezuela. The North Face ambassadors James Pearson, who grew up in England's Peak District, and Caroline Ciavaldini, from La Reunion island, both aged 32, have been tackling rock faces all over the world for more than a decade. In their new tome, Climbing Beyond: The World's Greatest Rock-Climbing Adventures, the married duo give detailed descriptions around their favourite spots to scramble up. here are the list of some  world's most jaw-dropping climbing spots.

Les Calanques, Marseille, France
This special spot was made famous in the climbing world by the hard spot-crags of La Grotte de l'hermite (The Hermit Cave) and l'Ours (The Bear), among others. Most of these were developed and chipped by climbers (using a drill hammer to manufacture holds), making use of the steep, often horizontal rock faces to create physical, athletic routes. This practice was seen as a way to create new challenges, and was particularly common during the 1990s.