8 Most beautiful and awesome places on the Earth, add to your bucket list 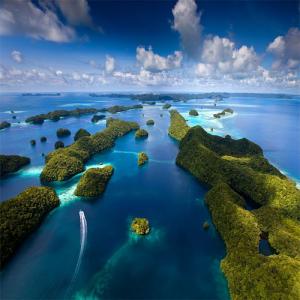 The world in which we live is full of wonderful places that most of us do not know  they really exist. Here are the some breathtaking places on earth.

Palau
Palau, officially the Republic of Palau, is an island country located in the western Pacific Ocean. It is geographically part of the larger island group of Micronesia.

Aogashima Volcano, Japan
Aogashima is a volcanic Japanese island in the Philippine Sea. It's believed that the island was formed by the overlapping remnants of at least four submarine calderas.

Hiller lake(pink lake), Western Australia
Scientists have proven the strange pink color is due to the presence of algae which is usually the cause of strange coloration.