7 Popular Durga temples in India, must see this Navratri 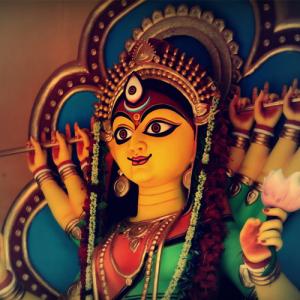 India is home to infinite temples of God and Goddess. Navratri, The nine divine night's of festival, dedicated in the honour of Goddess Durga. The biggest annual festival is celebrated at every temple of Maa Durga across the country. Here are some of the most famous Durga temples in India.

Vaishno Devi - Jammu and Kashmir
The idol of Goddess Durga is placed in a cave in the Trikuta Bhagwati Hill. The shrine is situated at a height of 5,300 ft. in the state of Jammu and Kashmir. This holy shrine is considered to be unique because this is where you will find idols of Goddess Durga in three forms - Maha Kali, Maha Lakshmi, and Maha Saraswati, which have different attributes.

Chhatarpur temple - Delhi
Located in Delhi, it embodies modern architecture and extensively uses marble. It is believed that tying a thread on the tree within the temple premises fulfils wishes.