7 Facts you may not know about OM 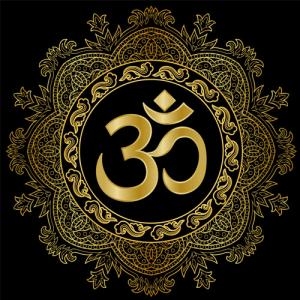 'Om', 'Ohm' or 'Aum' is a sacred sound that is known generally as the sound of the universe. Om is all encompassing, the essence of ultimate reality, and unifies everything in the universe. The vibrations that the Om sound creates are thought to energize the chakras throughout the body, especially the third eye and crown chakras, which help us connect with our Divine selves.

The Om sound is a short, 'seed' mantra, which is chanted to connect with and energize the chakras. The Om symbol represents the sound in a visual form and has a lot of meaning behind it. Om is one of the most important spiritual symbols and is found throughout many ancient Hindu texts, prayers and ceremonies.

The Hindu symbol `Aum` or `Om` is one of the most important symbols of Hinduism. Aum is a syllable in Sanskrit which is supposed to be the first sound of the Universe. The symbol is described as the all-encompassing mystical entity in the Upanishads. The vibration created by the chanting of Aum symbolises that manifestation of God. The sound is the reflection of absolute reality.

As per Mandukya Upanishad, The `A` stands for the state of wakefulness, in which we experience everything externally through our mind and sense organs. The `u` stands for the dream state, in which we have inward experience. The sound `m` represents the sate of deep sleep where there is no desire and consciousness is gathered in upon itself.