4 Reason: Why do we worship lord Shiva Linga 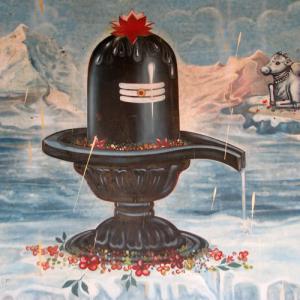 Shiva Linga speaks to the devotee in the unmistakable language of silence, and it is only the outward symbol of the formless being, Lord Shiva, who is the undying soul seated in the chambers of your heart, who is your in-dweller, your innermost self or 'Atman,' and who is identical with the supreme 'Brahman.

A Symbol of Creation
The ancient scripture Linga Purana says that the foremost Linga is devoid of smell, colour, taste, etc., and is spoken of as 'Prakriti' or Nature itself. In the post-Vedic period, the Linga became symbolical of the generative power of Lord Shiva. The Linga is like an egg, and represents the 'Brahmanda' or the cosmic egg. Linga signifies that the creation is effected by the union of 'Prakriti' and 'Purusha,' the male and the female powers of Nature. Linga also signifies 'Satya,' 'Jnana' and 'Ananta' - Truth, knowledge and Infinity.

Parts of a Shiva Linga
A Shiva Linga consists of three parts, the lowest of which is called the 'Brahma-Pitha,' the middle one, the 'Vishnu-Pitha' and the uppermost one, the 'Shiva-Pitha.'