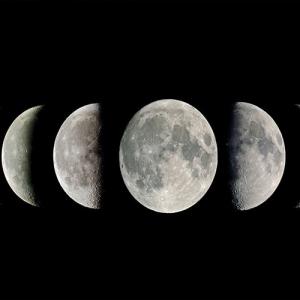 Seventeen of Saturn's new moons orbit the planet in the opposite, or retrograde, direction. The other three circle in the same direction that Saturn rotates. They're so far from Saturn that it takes two to three years to complete a single orbit.

"These moons are the remnants of the objects that helped form the planets, so by studying them, we are learning about what the planets formed from," Sheppard wrote.

Just last year, Sheppard found 12 new moons around Jupiter. The Carnegie Institution had a moon-naming contest for them; another is planned now for Saturn's new moons.

The jury is still out on whether any planets beyond our solar system have even more moons. For now, Saturn has the most known moons. Monday's announcement came from the International Astronomical Union's Minor Planet Center.