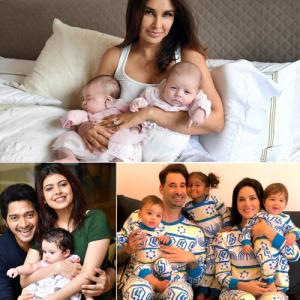 For many celebrities, using a gestational surrogate is the method of choice for bringing a baby into their family. List of Bollywood  celebs who took help of surrogacy to become parents.

Ekta Kapoor
TV czarina Ekta Kapoor is the proud mother of a baby son. The baby boy was born on 27 January 2019. She is also busy with the production of several web-series through AltBalaji, a branch of Balaji Telefilms, which focuses on short films and web-series.

Shreyas Talpade and Deepti
The Iqbal-actor and his wife Deepti have been married for 14 years and were waiting for their little bundle of joy. The couple was having certain issues because of which their doctor advised them to go for surrogacy. Shreyas and Deepti welcomed their happiness home in the form of a baby girl, whom they had given birth via surrogacy in May 2018.

Lisa Ray
Actor Lisa Ray and her husband Jason Dehni became parents to twin daughters - Sufi and Soleil in Sep 2018. Ray announced the birth. She took to Twitter to share the news with her fans. Sharing a photo of her twins, she captioned it as "Stand back world: here comes Souffle (Sufi plus Soleil) My girls know the future is female. Thank you for all your support and blessings. Takes a village."