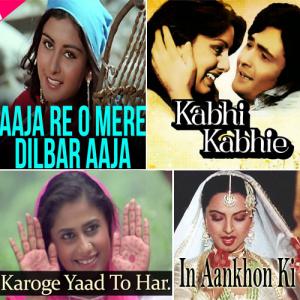 Indian music director Mohammed Zahur Khayyam Hashmi, popularly known as Khayyam, died in a Mumbai hospital on Monday. He died at the age of 92. The legendry music composer, best known for his music in films such as Kabhi Kabhie and Umrao Jaan, died after suffering from a lung ailment at Sujay Hospital in Juhu.

Khayyam started his musical career at the age of 17. He won three Filmfare Awards for Best Music in 1977 for Kabhi Kabhie and 1982 for Umrao Jaan, and a lifetime achievement award in 2010. He was awarded the 2007 Sangeet Natak Akademi Award in Creative Music, by the Sangeet Natak Akademi, India's National Academy of Music, Dance and Theatre. He was awarded the third-highest civilian honor, Padma Bhushan by the Government of India for 2011.

His other notable works include films such as Trishul, Noorie and Shola Aur Shabnam. He had also composed music for actress Meena Kumari's album I Write, I Recite. His non-film songs such as Paaon Padun Tore Shyam, Ghazab Kiya Tere Vaade Pe Aitbaar Kiya and Brij Mein Laut Chalo are still famous among his fans. Here are the list of song by Mohammed Zahur Khayyam.