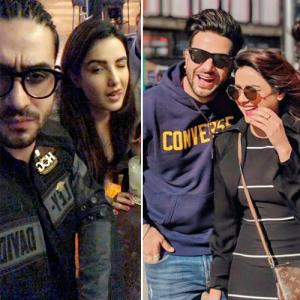 There have been rumours that the actress was dating Aly Goni. Now, the actress has cleared the air. In an interview, Jasmin opened up on her status with Aly. The actress said that she and Aly aren't in a relationship and are just good friends with each other. She added how she understands it's convenient to link them as they are good-looking and single, but these rumours don't affect their situation and she doesn't pay heed to them. She also said that she wouldn't hide it if she was in a relationship, but currently she is single and is only looking to concentrate on her work for the next couple of years.