10 Obvious signs: How to know a man is only attracted to you sexually 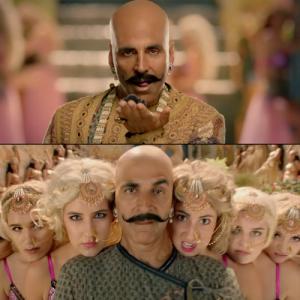 When you're in love, you want your partner to connect with all the people in your life. You want them to spend time together and to like each other. You want to show them off to your friends and family, and you want your friends and family to be impressed by them. Instead of wanting to keep them to yourself, you bring them out and introduce them to the people who are most important to you.

Love, lust: it's easy to confuse the two, especially in the early stages of a relationship. Both emotions make you feel a kind of bliss that you've never experienced before - which is wonderful and joyous and something to celebrate - but make sure you know the difference between the two.

If you have a boyfriend who seems to go crazy for you, the first thing you need to know is whether he is in lust with you or in love with you. If he just has desire for your body, you can ignore such a man or at least stop pinning your hopes on him as such a man seldom tries to promise you a married future. Here are some signs revealing if love or lust.

Stare is his way to tell
If a man who is sexually attracted to you cannot stop himself from staring at you, that may be some signs. A man isn't used to using words to express his emotions. Instead, they are socialized to use their body language. A man's eyes are his strongest tool when communicating sexual desires. Their eyes will constantly follow you and the outlines of your body. They may be glancing down at your breasts or behind because they can't help but imagine you in their bedroom. A sexually attracted man will follow your body all around with his eyes. This is a clear tell that he is sexually attracted.

TAGS : 10 obvious signs, how to know a man is only attracted to you sexually, signs that reveal his lust, the body language of lust, love & romance, relationships tips, ifairer